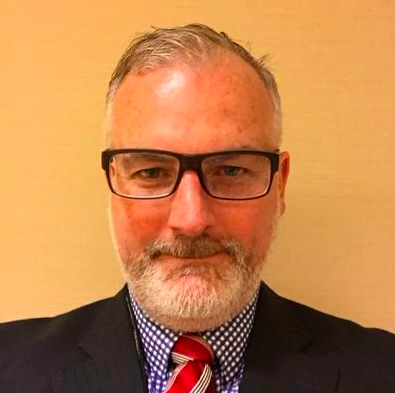 Why are Smart Cities a place for digital innovation? Why are large companies like SAP focusing on developing services and solutions for cities around the world? These are some of the questions I discussed with Sean O’Brien and Daniel Reinhardt of SAP.

During our conversation, the first element that came to our mind was the idea that smart cities are a growing market. There are two factors that explain why we’re seeing market growth:

First of all, there is increased inter-city competition, as would-be residents effectively choose one city over another when moving from a rural area to urban areas.

In addition, cities are facing an increasing number of stress factors such as crime, immigration, mobility, climate change and terrorism. One may believe that the stress factors have always been present. In the 17th century, Lisbon faced a major earthquake which completely redefined the city and had profound philosophical implications on Europe’s enlightenment. In 1906, San Francisco was shattered by an earthquake. In 1910, flooding brought Paris, the city of lights, to darkness.

How does one help a city to anticipate these challenges? How to help the city adapt? Here are three examples of what SAP has done to help cities.

The city of Boston wants to be more attractive, more competitive and have a better understanding of what is going on in the city. I.e. crime: For this purpose, Boston officials now look at a lot of data sets: landlord data, records of crime (theft, robberies etc.) geo-spatial data, geographic data and many other and consolidate the data. This way, they identified crime hotspots. In areas where they have identified problems, they are watching the situation in real time and take targeted provisions to prevent security events. Using this method and technology, they reduced crime by 55%.

Cities and other government bodies have a mandate to delivering the outcomes that were promised during the election. Many cities are focused on using data to improve the outcome. For example, data analytics can be useful to reduce child infant mortality. In the United States, the State of Indiana took action to provide central data sharing, correlation and analysis for the state in areas where multiple agencies must work together. The first target was to improve the state’s infant mortality and child fatality rates through data analytics. Ever since the State introduced the new system, child mortality is anticipated to fall, as they now can target the risk factors and target groups.

Sensors can play a critical role in helping build a city resilient to flooding. Today, a couple of mega cities are not well enough able to drain rain fast enough as existing draining systems tend to block up with washed away objects during rain storms. The city of Buenos Aires installed sensors in the drains to analyze the water flow in the entire drainage system. They can react in real time to blockings by sending nearby service teams to the spots where immediate action is needed. Historic and meteorological data are being used to turn the analysis predictive: . They predict where a blocking will most likely occur so they can better manage heavy rain storms. Since the system was installed, no more flooding occurred.

Innovative cities like Karlsruhe use street lights to turn the city space intelligent and useful: In Karlsruhe, lamp posts provide public wifi, have emergency buttons, contain charging points for e-cars and carry environmental sensors. Radar sensors on the lamp posts monitor the amount of traffic going by. The real time platform SAP HANA Cloud platform provide drivers the information which route is the best to take to get to a location and which lamp post is free for recharging e-cars.