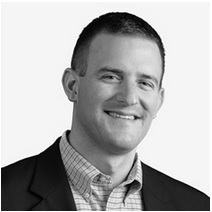 I/ Is the iPhone a disruptive innovation?

II/ Is the iPad a disruptive innovation?

This is what happened with the iPad and the birth of the tablet market. Prior to the iPad, portability, user-friendliness and design had not been a key performance measure, as performance was more often defined as processing speed, hard drive capacity and RAM. But the advent of the iPad made portability and quick access to electronic data (emails, text messaging, browsing) a critical performance measure. It brought new consumers to the computer market. For example, senior consumers who had not owned and operated a computer before flocked to the iPad to enter the digital age. Finally, the iPad undermined the incumbents claim for value on the portable PC market: Microsoft and Intel could no longer capture large chunks of value on the tablet market considering that they were not suppliers of the iPad.

IV/ What are the disruptive innovations in the automobile industry today?

At that point we switched to Tesla, a high-end electric car manufacturer, and we applied to same kind of reasoning as described above. I asked John if he thought that Tesla was a disruptive innovation. Given that Tesla was competing on existing performance measures such as speed, fuel efficiency and design, then Tesla was a not a disruptive innovation per se, but rather a breakthrough innovation, according to John. For example, the video below suggests that performance be measured in terms of Horsepower, which is mainstream performance measure.

So then I asked him: are there any existing disruptive innovations in the automobile industry? At that point John mentioned Zipcars. Zipcars is a new kind rental car system as evidenced in the video below:

Zipcars are changing the way we use cars. Instead of buying a car, consumers rent and share cars. This is really changing the business model of the automobile industry. Owning a car incurs monthly expenses (gas, maintenance, insurance…) in addition to the cost of actually buying the car. All of this is changed when consumers rent rather than buy. And this is what Zipcar is introducing in the market.

Another characteristic of disruptive innovations is that brings in a new consumer segment. In other words, disruptive innovations turn non-consumers into consumers. For example, many people living in large cities don’t own a car because they don’t need to. But, Zipcars offer the possibility of sharing a car brings change: consumers enjoy the benefits of having a car without having to go through all the disadvantages that come with owning a car.